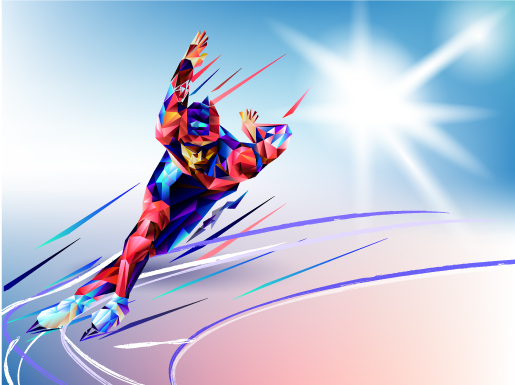 When the 2022 Beijing Winter Olympics begin this upcoming February, the games will have at least one thing in common with several recent winter games in the previous twenty years: It’s not going to be very cold. In fact, it may end up being one of the warmest on record. The 2014 games in Sochi, Russia were among the warmest ever recorded as the temperatures averaged 50°F during the sixteen day period the games were held in February of that year. Currently, the record for the coldest Winter Olympics is held by the 1994 games held in Lillehammer, Norway where the temperatures during the events was regularly in the teens, and would drop to an average overnight low of -13° F. The PyeongChang games, held in February of 2018 were something of an outlier to the recent trend of relatively mild temperatures at the Winter Olympics. In fact, the city is the coldest place on earth at its particular latitude, with daily average temperatures in February that rival Lillehammer’s. Unlike PyeongChang, which is unusually cold due to its mountainous terrain and high elevation, the Beijing games will be somewhat of a return to the recent status quo. In February, Beijing has a daily average high of 40° F, comfortably above freezing. The city is also known for extremely dry winters, averaging only five inches of precipitation for the entire month of February.

Holding these games in such conditions has some obvious problems. While a number of competitions take place indoors, such as ice hockey and skating events, and outdoor events that take place on artificially cooled tracks such as luge and bobsled, many others require ample amounts of snow. Snowmaking has been around since 1934 when it was invented by a Warner Brothers technical director to film a snow scene in California. It wasn’t until the 1980 games in Lake Placid, NY that artificial snow was used at the Winter Olympics. Since that time its use has become more and more prevalent, to the point that 80% of the snow in the 2014 games in Sochi was artificial, and in the PyeongChang games in 2018, 98% of the snow was artificial. While the use of artificial snow is becoming more commonplace, you won’t hear too many people complaining about it. In fact, athletes prefer man-made snow over natural snow because of its consistency. Natural snow is more powdery, and often times, drier than the snow produced by snow cannons, and therefore, is more conducive for high speeds. Regardless of whether Beijing’s climate stays true to form next winter, warmer temperatures and a lack of snow will not be an issue.